This week I had the best pizza I have ever had from Empire Pizza and Pub. Empire came into the downtown pizza scene that was long ruled by Brooklyn Pizza. In its comparatively short time, they have become a downtown staple. You can always count on them to have 10 or more slice pies at the ready anytime of day, making it extra popular for downtown workers by day and the hungry bar crawl crowd late night. Whole pies come in 16″ and 20″ sizes. The 20″ is a good value, especially if you love having left over pizza. Their New York style slices are great reheated in a hot cast-iron pan, my reheat method of choice.

One of the things that made this visit one of my favorite, was the surprising speed of service. Much like Brooklyn Pizza Co., the service for pick-up or delivery service can be a bit touch and go. Sometimes arriving/being ready close to 40 minutes past the estimated time given. This time, the pizza gods smiled upon me, and not only was it on time, it was in fact early. When it arrived it was hot and fresh. The real kicker was the fact that the fried ravioli we ordered was hot, crispy, not soggy at all. 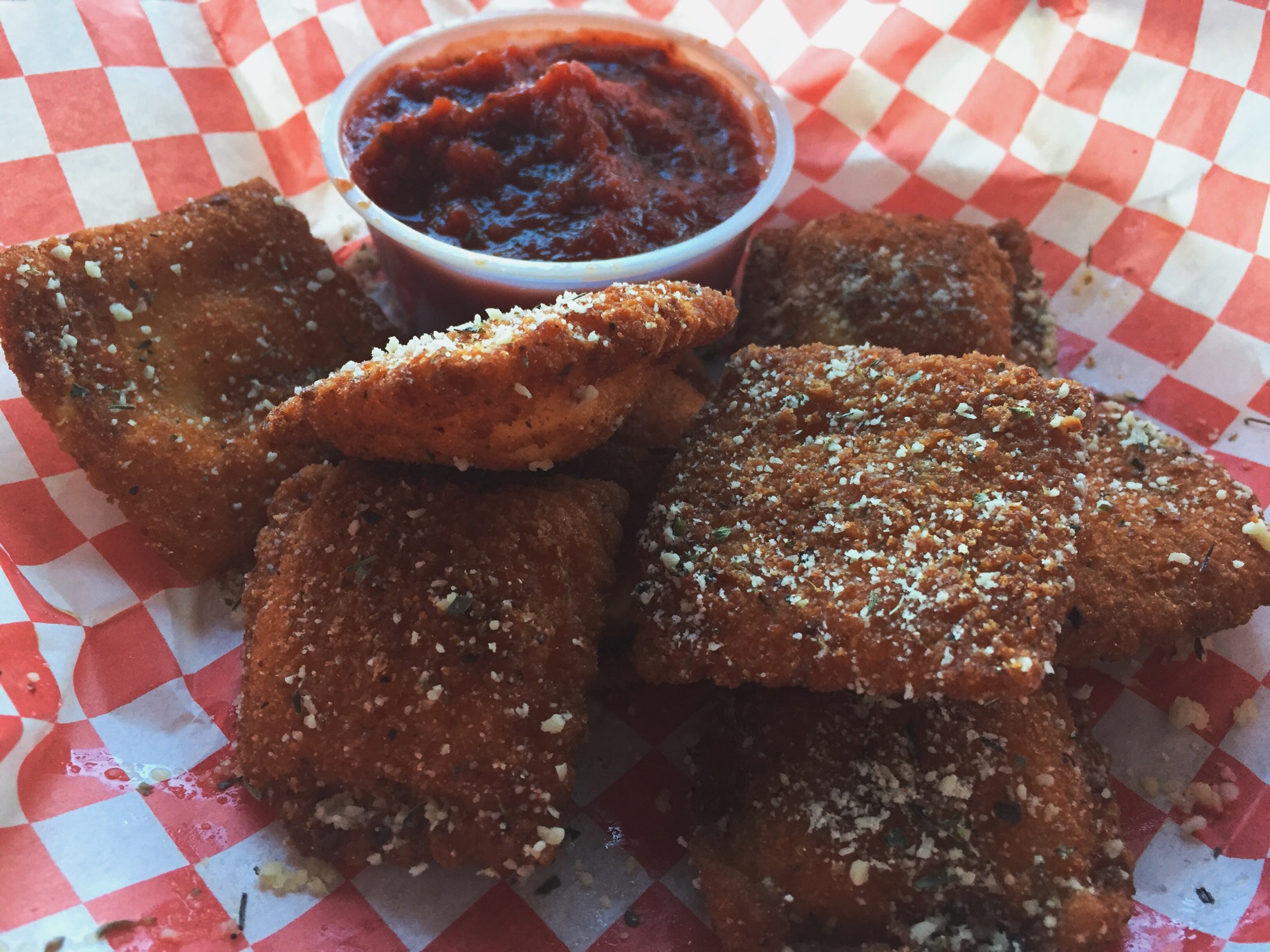 This was the first time ordering then so I was pleasantly surprised. I will continue to crave and dream about these fried ravioli. They would be a great appetizer while you are sitting in the Pub portion of their namesake waiting on a pie, or enjoying some of their great drink specials.

Crust: Great crust. The thin NY style pies are great whole, and I think, even better reheated if you’re getting a slice pie. All the texture and depth you would expect from a New York style crust. 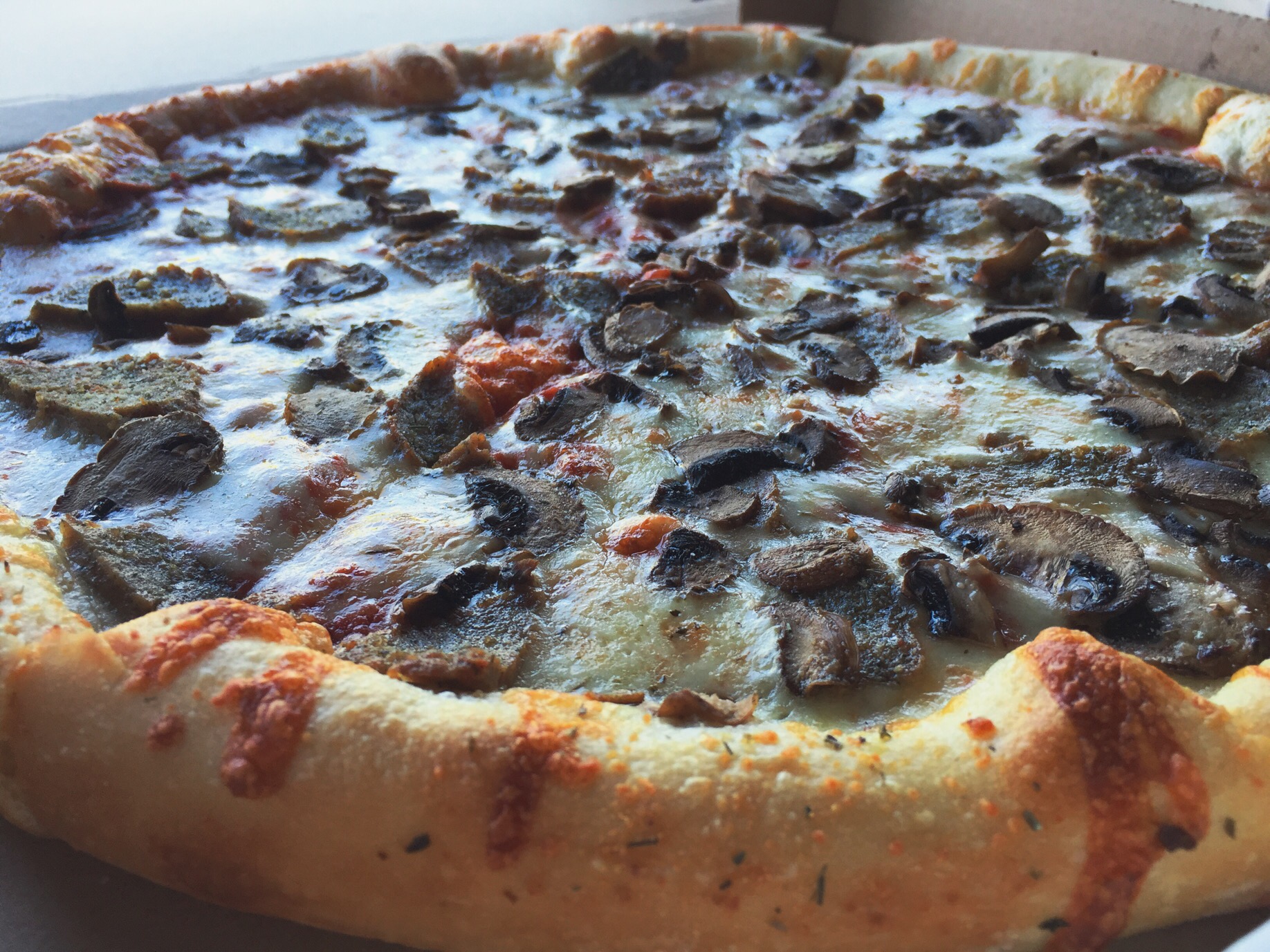 Sauce: They are not heavy on the sauce here, and that’s a good thing. Just enough to help bind toppings and crust, and not too much, so that it makes the crust soggy or toppings slide off.

Toppings: Our topping combo was meatball and mushroom. The meatballs were so flavorful and paired well with the meatiness of the mushrooms. This isn’t on the specialty pie menu, but there are plenty of topping combinations that would be an excellent choice, if you didn’t want to top your own.

Overall, this was a redeeming experience for Empire. The freshness of the items, paired with the appropriate timing restored the faith that I had lost in this establishment. In terms of pizza in downtown Tucson, this is the #2 pick. Whether for a late night slice, or your weeknight dinner, Empire delivers (literally) on flavor and quality. 🍕🍕🍕🍕 out of 5 slices. 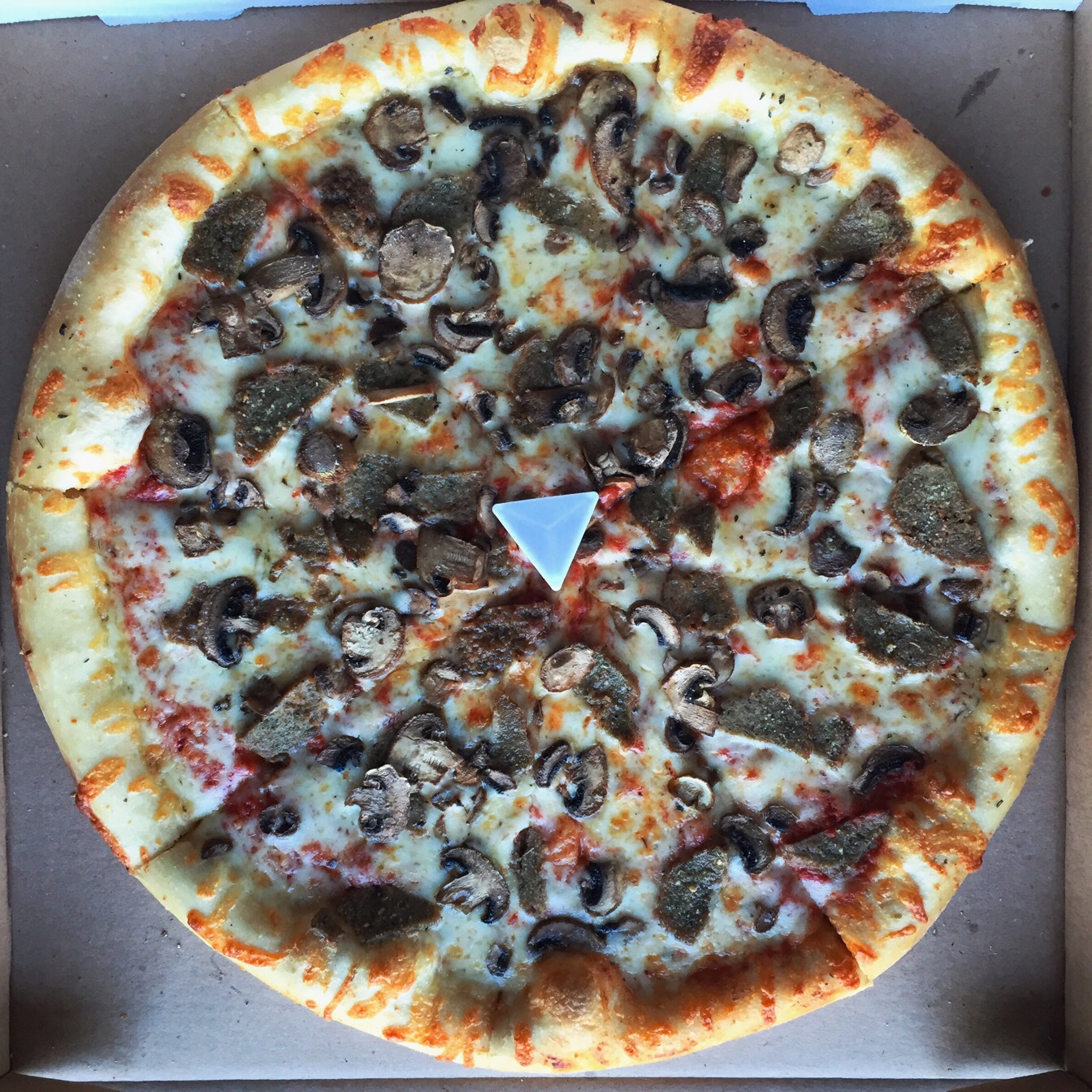