In week 12, we take a look at the Stuffed Garlic Knot Crust pizza from Pizza Hut. I know you might think I’m crazy. Why a chain restaurant when there are still so many local joints still unexplored.  Well, it’s because the Yum Corporation never ceases to amaze me in terms of novelty foods. Pizza Hut, Taco Bell, and KFC have graced us with many off the wall food concepts, Many of which are never even seen in the US. 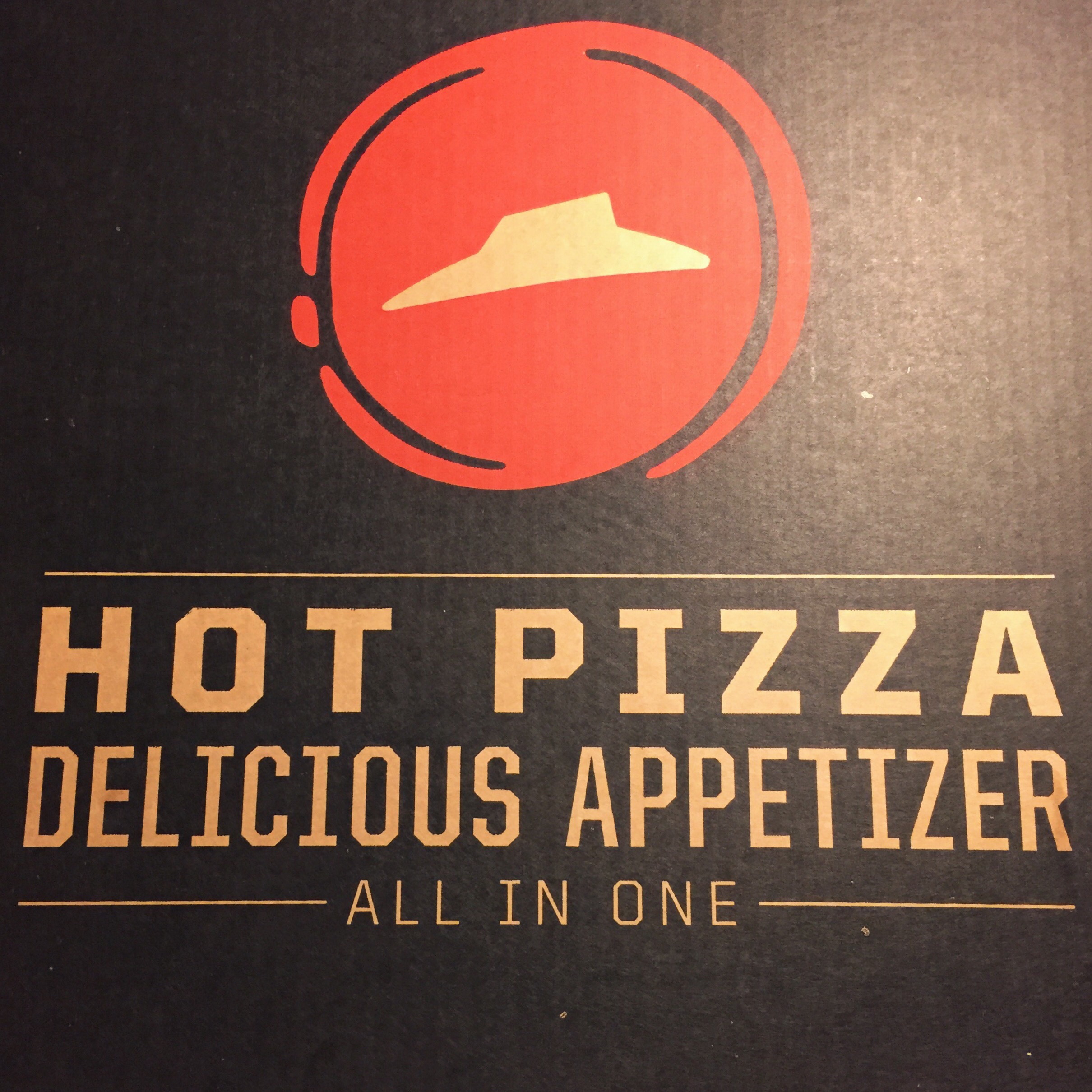 These Frankin-creations are typically around for a limited time, (in fact at the time of this posting, the pizza had already come and gone) and thanks to the ever growing and evolving of social media channels, I actually learned of this pizza via Periscope. Pizza Hut took to promoting the release of something new and exciting coming to their chains early in 2016. It wasn’t until March that I actually decided to give it a try, out of both convenience and curiosity. 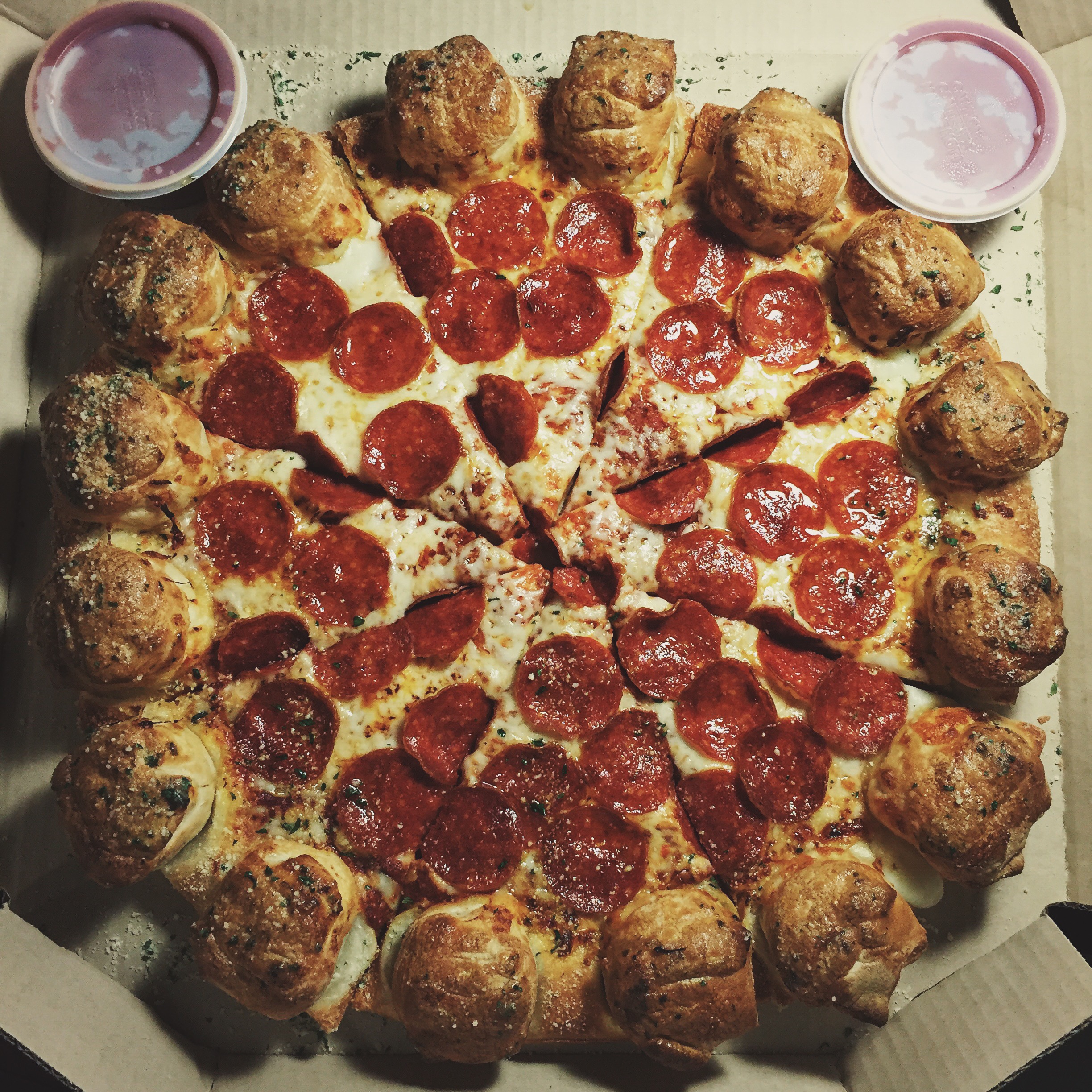 It’s everything that you would expect from a Pizza Hut pizza. The same chemical processed taste of the crust and the sugary sweet sauce.  But it’s not the taste that we are really going for when it comes to chain pizza. It’s for everything that I previously mentioned that makes it appealing. Convenience, curiosity, something comforting about the thought of it. Growing up, I have fond memories of the Book It club, that rewarded elementary aged kids for reading with personal pizzas. I remember the Fern Gully limited edition cups. I remember sitting down in the low-lit restaurant’s sticky red booths, housed inside of the iconic architecture. Basically, what I’m saying here is that sometimes there is no shame in craving a chain pizza.

Crust: The shining star of this pizza are the mystery white cheese stuffed “garlic knots” that are really just cheese filled dough balls where the crust should be, covered in an herb and garlic sauce. The base crust is your classic Pizza Hut hand tossed style. There are two large knots per slice, and pop off very easy. It was difficult eating a slice with the knots attached, but once removed, the slice started to lack some structure. No happy medium there.

Toppings: We went with a classic pepperoni pie. Crazy greasy pepperonis atop a thick borderline congealed layer of sweet white cheese that could be barely passable for mozzarella.

Sauce: That sickly sweet and over powering oregano sauce is also iconic, but combined with the sweetness of the cheese, it’s definitely too much. Because the pizza boasts garlic knots, it also comes with two extra sides of marinara. 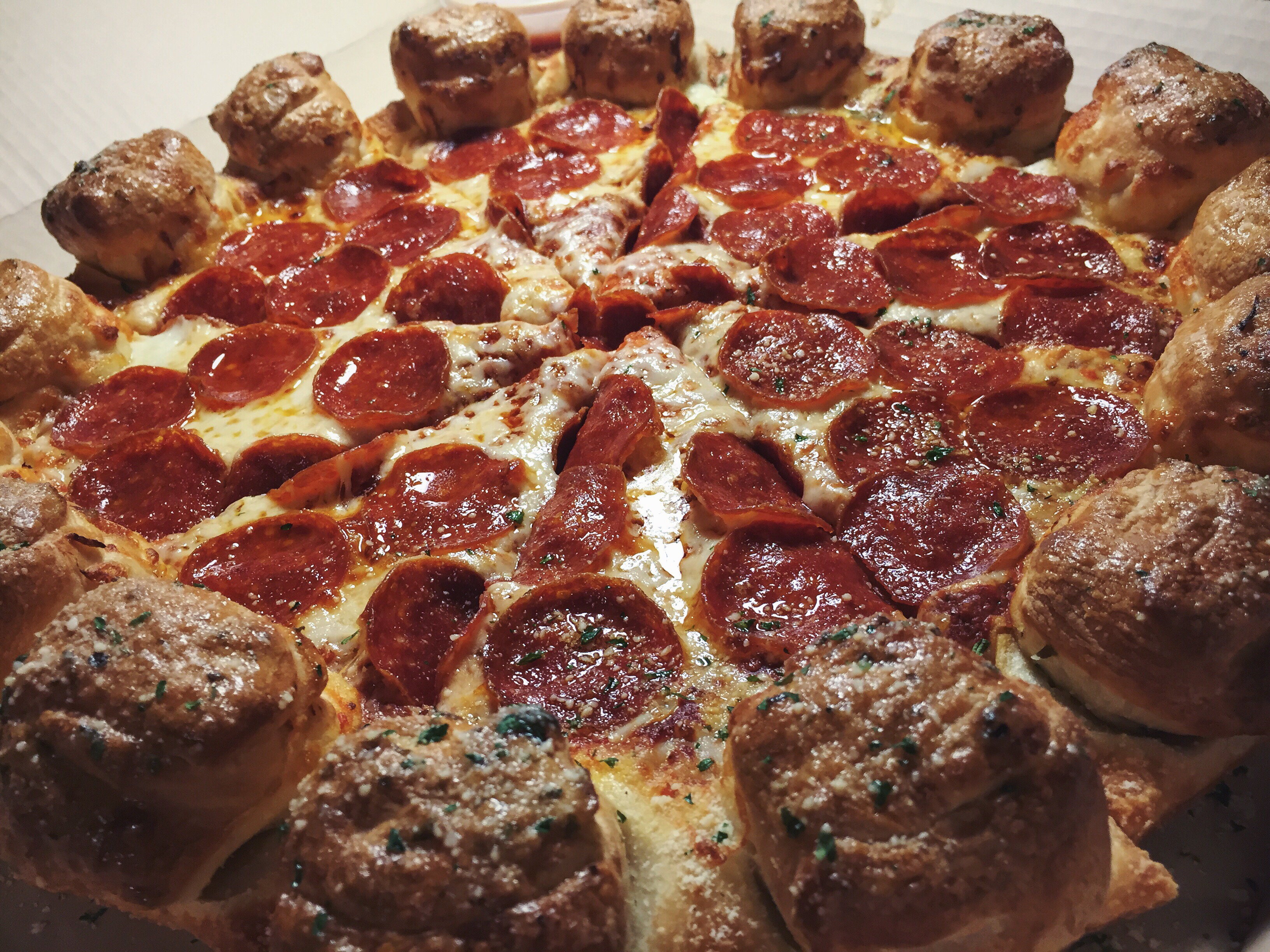 Overall: I love the idea of novelty pizzas. I hope they keep coming up with off the wall pizza creations. In terms of taste and quality, this Pizza Hut pie just doesn’t cut it. The intensity of eating 2 large super cheese stuffed garlic knots right before a slice is just too much, and you’ll find yourself just as stuffed as one of the garlic knots. Also, I can’t ever eat Pizza Hut without getting severe indigestion. Therefore Stuffed Garlic Knot Crust pizza gets a super average and unimpressive 🍕🍕 out of 5 slices.

This oddity doesn’t seem to be available as a menu option anymore, here in the southwest, but could be in a market near you. Hit up your local Pizza Hut for that info specifically.